Basic Vastu Points To Consider When Getting A New Home 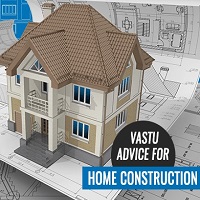 Vastu is considered as a vital point when buying or constructing a house. These days, the trend of considering Vastu has become quite important because the end-users consider it greatly. The entire layout and the directions of the house need to be pre-planned to suit to the points of vastu shastra as they are the principal parameters which should be considered while making up a new construction project.


These days, it had been observed that Vastu is taken as a prime parameter by Vastu real estate in Araria and all new flats and residencies are being prepared by consulting an expert of this field. As per people who believe in the construction of home under proper guidance and according to Vastu, correct home planning can bring in positive energy and leads to the general well being of the owner.


Vastu based tips for your home


The northern direction of the house should be kept blank and free from all blockages as this corner is known for prosperity. If the house has a slope, it should be directed from either from South towards north or from Western direction to the east direction.


Apart from that, in terms of decoration, usage of thorny or cactus plant should be avoided. The hinges of the doors and windows should not be making too much noise. You can use metal bells to decorate the balcony area. It is said that metal bells bring in the wave of positivity and happiness at home.


• Vastu Points for the Bedroom:

The master bedroom should always be in a southwest direction, and the sleeping direction should always be towards South. Apart from that, to ensure positivity and brightness, it is recommended to keep the bedroom free from clutters. Moreover, the direction in which you put your head should be kept clean and neat.


Coming to the children’s room, it should always be constructed in the northwest direction of your home. Try not to stick the furniture to the wall as it stops the generation of positive energy.


The color shade used for the kid's room should not be too loud; rather, soft shades should be used to bring in the essence of peace and solace. The study table should be arranged in a manner such that the child faces the east, north, or northeastern corner of the room. The computer set should be placed in the southwest direction for a better prospect.


• Vastu Points for the Kitchen:

For the kitchen, the southwest or northwest direction is taken as the best. While cooking, you should be facing east and make sure that the kitchen space is properly ventilated.

The northwest is considered as the ideal direction for the washroom. The ventilation should be considered. It is recommended by Vastu consultancy services in Araria to ensure that the restroom is kept clean always.


It is because dirt brings in negative energy.

This entry was posted on August, 14, 2019 at 17 : 24 pm and is filed under Vastu Services. You can follow any responses to this entry through the RSS 2.0 feed. You can leave a response from your own site.